We are all naked without culture 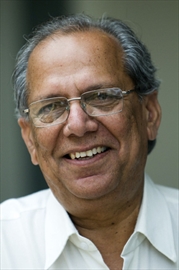 Yet, when we are blind to others’ cultural norms, problems arise

War and violence have affected all human civilizations. Ancient nations fought for many reasons, including sheer hatred of each other. Others fought for colonies, wealth and power. Still others fought against colonialism and imperialism. And now we have war against terrorism, against "extremists," jihadists. The jihadists themselves think they are fighting God's war. Every now and then we even hear of just war.

However, in some respect, all wars are culture wars. We may not have a clash of civilizations, but it's not uncommon to hear justification based on differing values.

Contrary to the moral stands offered in justifying a war, we know wars are waged not to fight evils but to fight evildoers, and we are told the evildoers (meaning "enemies") are "uncivilized barbarians." Religion and cultural values often play a big role in the demonization of the enemy - especially in times of war. The role of history, culture, power and injustice do not register in our memory or they fade away quickly.

Culture is generally associated with all that is good in society - art, music, language, literature. Cultivation of high values is the hallmark of a cultured society. This is the nonmaterial basis, the soul, of culture.

Add to this the development of science and technology, the industrialization and the spiralling advance in molecular biology and nanotechnology, and you have crystallized the modern world. This is the material basis of culture.

We generally fail to differentiate between material and nonmaterial sources of culture in our everyday life. The focus is always on the nonmaterial, on inherent potential and heritage; we do not think the material world has anything to do with development of culture.

We all like our own culture. Talk to a person from any part of the world about universal values such as liberty, equality, justice and they would agree with you that these are good things. But you will find them loyal to their own "culture," meaning the culture of their tribes, nations, religions.

Life depends on culture; culture makes us who we are. In "The Naked Ape," the anthropologist Desmond Morris was only talking about the non-hairy "man-ape" as compared to the great apes. In reality, we are naked without culture, naked to the very core of our being. Culture makes us human.

Culture is adaptive, comforting and therefore it can be addictive. We get used to our own culture. Each society develops its own culture, its own addiction. Culture constrains individualism, moral imperatives.

Take for example the attitudes toward wearing the hijab, niqab or burqa. They are more than religious symbols - they serve many purposes and define who you are. On a recent visit to India, I witnessed a sad scene. Not far from my village sits a once-prosperous large town known for its silk fabrics. It has fallen on hard times due to competition from artificial silk from China. Many poor families who made their living from handlooms are forced into begging; this indignity often falls on women. For these women, the niqab or burqa provides a shield between their dignity and the outside world.

Cultural diversity means the same behaviour can have a different meaning. In one culture, we put our head gear on when we enter a place of worship; in another, we take it off. Both are signs of respect.

Unfortunately, head covering has become a political issue. A woman's covered head is seen as a sign of male domination in one culture; an uncovered head a sign of challenge to authority in another. Women are being doubly victimized.

How can we champion universal values?

There is no free choice: Love conflicts with justice, liberty with equality. As Isaiah Berlin pointed out, if we want to develop universal human values, trade-offs may be necessary. Religious harmony, protection of minorities and women's equality are defining issues of our time. We can imagine trade-offs in the sphere of religious practices, but can there be trade-offs in the sphere of women's equality or treatment of minorities?

The world is on a conveyor belt; some hopped on it sooner than others. One hopes universal values would spread from communication, from dispelling fear and building trust. Values cannot be imposed by laws or guns.

Rama Singh is a professor of biology at McMaster University.